COVID-19 update for our customers and business partners.

See some of our customers projects

I am in the final stages of completing the restoration of my Acrosport II. This is a plans built biplane that was designed by Paul Poberezny. This airplane is powered by an Lycoming O-360 A3A. It came with an old ratty crossover style exhaust system that I just couldn’t stand to keep on the airplane.

I originally planned on mocking up and fabricating a new exhaust system myself, but after I considered material costs and the time that it would have taken me to get back in the swing of TIG welding stainless, it just wasn’t as cost effective as hiring Aircraft Exhaust to do it for me.

The mockup kit came with a very thorough set of instructions and it also points you to some very good sources that explain tuned exhaust theory. I went through several iterations of the mockup before I got it just the way I wanted. Keeping all the primary tube lengths the same while dealing with tight cowling clearances is challenging. I probably spent a couple of easy days to complete the mockup. I dissassembled the mockup and sent it back to Aircraft Exhaust, and I received my new stainless, 4 into 1 exhaust in about 3 weeks, as promised. Weld quality is great, and the stainless exhaust is almost an exact copy of the mockup. Even the tight clearance areas came out just like the mockup. These guys know what they are doing. I almost hate to cover the exhaust system up.

If you’re looking for a great exhaust system for your homebuilt Aircraft Exhaust Corp is the place to get it. After talking to them I decided for a single sidestack system for My TRI-Q 0-200 as you may not, know these planes came out of the 1980 with no support anymore. After receiving the mockup kit it was strait to the hardware store to get the PVC pipe and angels I needed. The mock up was very straight forward and after a few hours it was done.
After the mockup was complete it was sent to Aircraft Exhaust Corp. A few days later they will call you to make sure every thing is in order. A few days later I received a great looking exhaust that fit the aircraft just as it was planned!
Once again thanks for a great job. 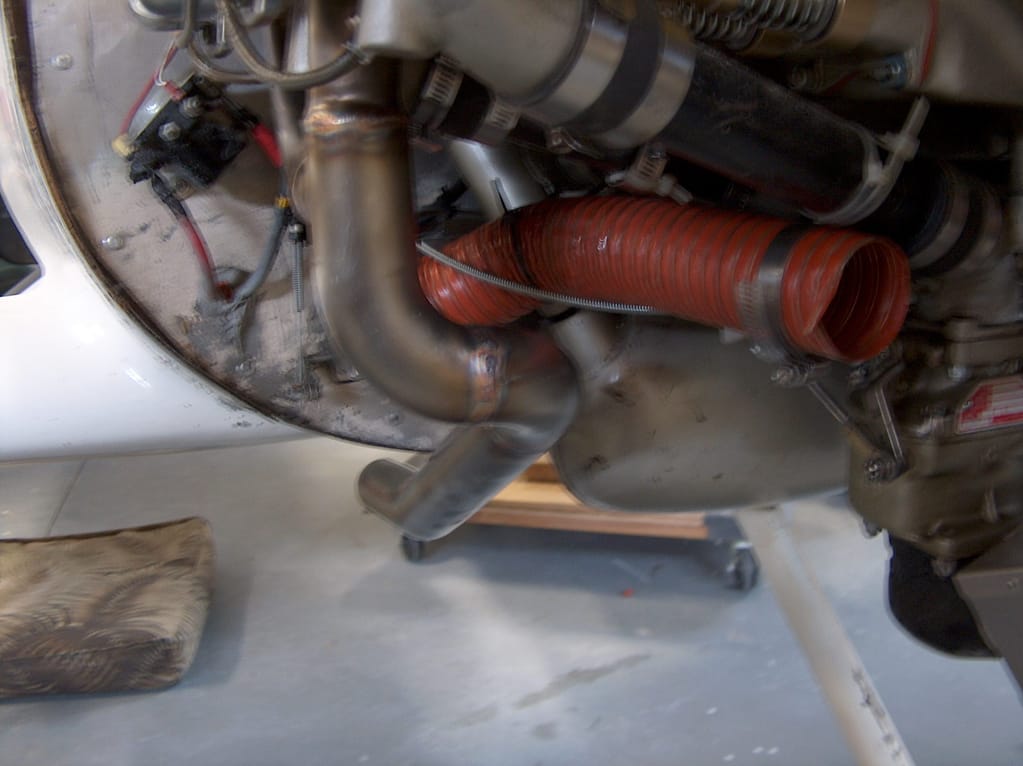 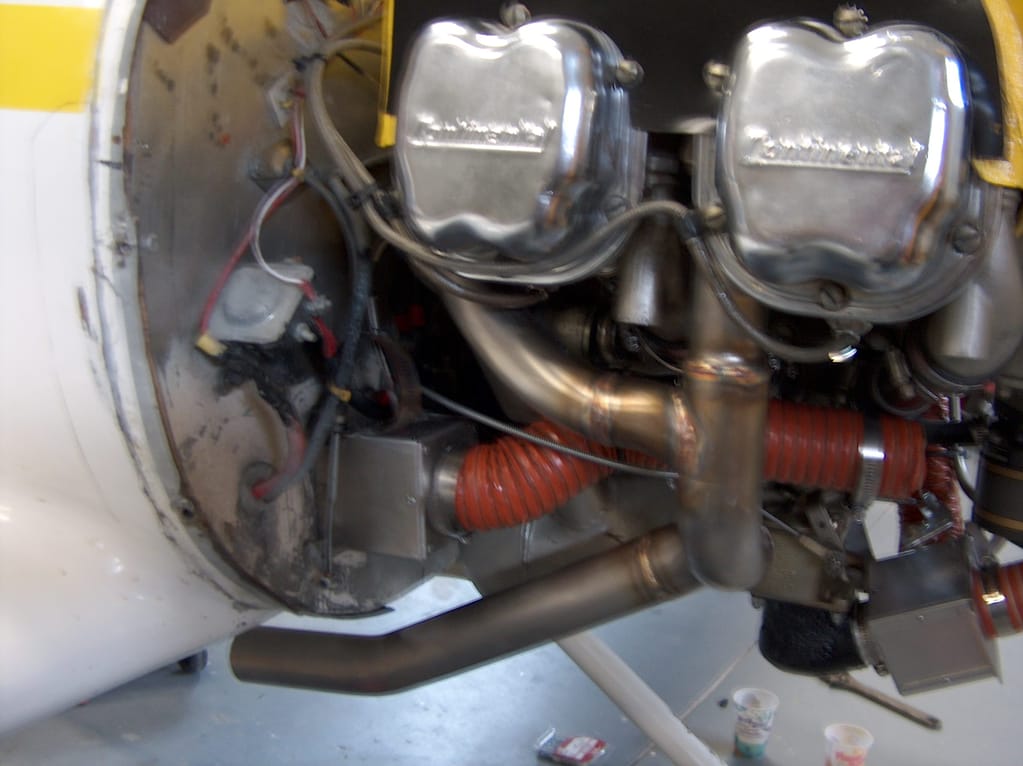 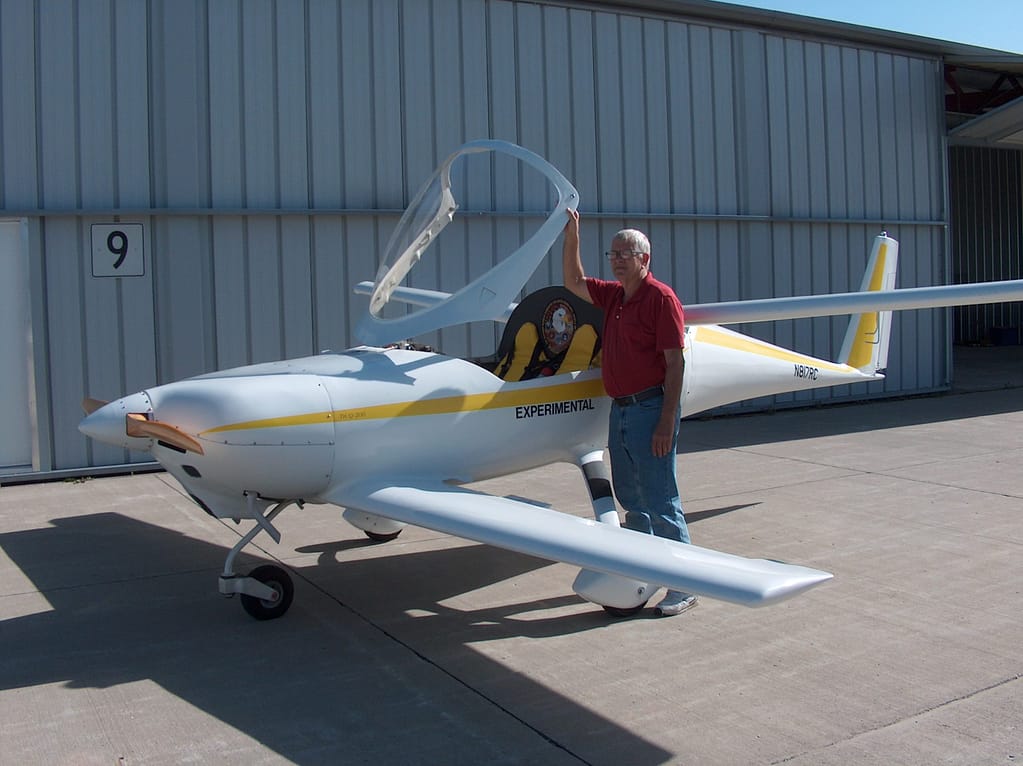 The aircraft is a Bob Bushby, Mustang II, S/N 1728; the aircraft is sold as a kit, and/ or plans built. Mine was started by Gene Mall. He had the Center Section almost completed, and the flap, lost interest in the project, thus, sold it to us. We ordered in what we could from http://www.mustangaero.com/, and built it from there.

Chris Tieman, owner, and CEO was somewhat in disbelief when we gave him our very aggressive building schedule of two year, from plans to flying; we did it in twenty-two months with a lot of help from friends and family! But in the airplane world, every day delayed, adds to the bottom line cost. The aircraft is unlike the RV line, and requires a vast amount of effort on the builder; but the product is worth the effort, in gold!

The aircraft is equipped as follows:

The project was a fantastic learning experience, and we sure have met a lot of new friends through it.

We combine our experience with unparalleled service to find solutions for your exhaust needs.

At Plane Exhaust, we are fully committed to the health and safety of our customers, our community, and our staff.

We will remain open for business while taking precautionary measures to clean our facility throughout the day.